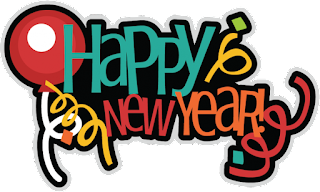 Posted by Michelle DeNomme, Your South West Florida Realtor at 4:09 AM No comments:


Posted by Michelle DeNomme, Your South West Florida Realtor at 1:48 PM No comments:


Naples, Fla. (November 17, 2017) - The evidence that a hurricane hit the Naples area in September became less visible in October because residents were quick to address damages to their property and our county and utility service providers worked overtime to get the area back to normal as quickly as possible. The Naples area housing market finished on a positive note in October with closed sales increasing 1 percent over last October, according to the October 2017 Market Report released by the Naples Area Board of REALTORS® (NABOR®), which tracks home listings and sales within Collier County (excluding Marco Island). October's housing market activity was better than NABOR® expected.

"October could have been better, but it did pretty well given the fact that we had no historic perspective of how the market would behave after a hurricane," said Bill Coffey, Broker Manager of Amerivest Realty Naples. "Even though overall pending sales decreased 11 percent in October, some pockets of the market saw really good activity during the month. The drop in pending sales is most likely because many homes damaged by the hurricane are in need of repair before they can go back on the market."
There were 57 closed sales of high-end, luxury properties priced above $1 million in October, a 36 percent increase over October 2016. Yet closed sales of properties priced below $300,000 dropped 12 percent, a loss of just 32 sales compared to October 2016. Also reflected in the October report, closed sales for single-family homes priced between $1-$2 million increased 50 percent in October, while closed sales of condominiums priced between $300,000-$500,000 increased 26 percent.
A lull in inventory following the hurricane was predicted by broker panelists at NABOR®'s Third Quarter Market Conference. Their prediction was spot on as the October report shows an 8 percent decrease in inventory, or about 400 fewer homes available compared to October 2016 levels.
"Tradesmen and construction supplies are in high demand right now," said Dominic Pallini, NABOR® President and Broker at Vanderbilt Realty. "Reports of roofing companies and carpenters being booked several months out with hurricane repair jobs puts things in perspective when you look at our inventory. Homebuyers want move-in ready homes, and these delayed listings of homes needing repairs will create a higher demand for inventory moving into season."
Inventory increased on the high and low end of the condominium market in October. While the report showed no increase or decrease in inventory overall, there were an additional 76 condominiums (a 7 percent increase) added to the $300,000 and below market in October, and 10 condominiums (a 10 percent increase) were added to the $2 million and above market.
Median closed prices in the single-family home market increased to $425,000 (13 percent) in October, while median closed prices in the condominium market increased to $250,000 (4 percent). Interestingly, the median closed price for condominiums in the $2 million and above price category dropped 42 percent in October to $2,545,000, while the median closed price for single-family homes in the same price category increased 22 percent to $2,237,000.
"There's been a big increase in showings for high-end homes recently," said Coco Amar, a managing broker at John R. Wood Properties, who pointed out that, geographically, there was a decrease in median closed prices for condominiums in all areas except North Naples in October.
According to Brenda Fioretti, Broker Associate with Berkshire Hathaway Home Services Florida Realty, evidence of bracket creep can be seen in the lower end of the market where some homes once priced below $300,000 have moved into the $300,000-$500,000 price category. "This may also account for some of the lost inventory in the $300,000 and below single-family home market, where demand has always been higher."
The NABOR® October 2017 Market Report provides comparisons of single-family home and condominium sales (via the Southwest Florida MLS), price ranges, and geographic segmentation and includes an overall market summary. The NABOR® October 2017 sales statistics are presented in chart format, including these overall (single-family and condominium) findings:


"Compared to closed sales in September, which dropped 30 percent month over month, October's 1 percent increase in closed sales is an indication that we recovered rather quickly from the hurricane, and buyer interest in our market is still very strong," said Adam Vellano, West Coast Sales Manager, BEX Realty - Florida.
Budge Huskey, President, Premier Sotheby's International Realty, agreed and added that "if the hurricane hadn't happened and the market had kept the same pace as it did last September and October, we would have seen 400 more sales and been on track for a 6 percent increase in total closed sales year-to-date."

As always if you have any questions please feel free to contact me by calling 239.404.7787 or by e-mail at Michelle@NaplesHomeSweetHome.com. To view the Market Statistics please click above.

Let's Talk... It's a Fantastic Time to Buy in South West Florida. What a Great opportunity as season is just around the corner to check out all that Naples has to offer… We have just what you have been looking for with in our current Listing Inventory to New Construction! Let me show you how you can Live and Play the day away here in Naples, I have sent along below in my News letter some great ideas for your next visit from Foodie Pick’s to Calendar Of Events at all of our major attractions, shopping and dinning areas.

As always if you have any questions please feel free to contact me
by calling 239.404.7787 or by e-mail at Michelle@NaplesHomeSweetHome.com.

Posted by Michelle DeNomme, Your South West Florida Realtor at 7:40 AM No comments:


Market Shows Resilience at the End of 3Q
To View the Full Report Click here...

As always if you have any questions reach out to me...
Michelle@NaplesHomeSweetHome.com

Posted by Michelle DeNomme, Your South West Florida Realtor at 5:56 AM No comments:

Amazing starts this Thursday… Don’t miss out on the Fun!

Enjoy a diverse array of independent films from around the world and your own backyard. Selections include dramas, comedies, documentaries and shorts.
Posted by Michelle DeNomme, Your South West Florida Realtor at 9:01 AM No comments: