Let's Talk! Marsala at Tiburon... Extraordinary living at Marsala features 56 Single Family Estate Home Sites all with in the prestigious planned community!!! Enter the private gated community of Marsala and be amazed by the tranquility, the lush beauty of preserve surrounding encompasses!
I have so much to share with you contact me today for all the details regarding Marsala at Tiburon! 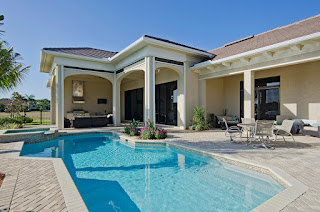 WASHINGTON – July 9, 2012 – President Obama signed H.R. 4348 on Friday, extending the National Flood Insurance Program (NFIP) for five years to 2017. Since 2008, the flood insurance program has been extended for a few months 18 times and allowed to lapse twice, sometimes forcing homebuyers in flood zones to postpone a closing.

According to the Florida Division of Emergency Management, Florida had over 2 million flood insurance policies as of Sept. 23, 2011, or roughly 37 percent all NFIP policies, and 97 percent of Florida communities participate in the program.

National Association of Realtors® (NAR) analysts say the extension brings “long-needed certainty to real estate transactions in the 21,000 communities nationwide where flood insurance is required for a mortgage.”

The five-year extension is more than simply an extension of the program, however. It’s also a major overhaul of elements that could impact some Florida property owners.

• Establishes a formula insurers can use following a major storm to determine if property damage should be attributed to rising water (NFIP coverage) or the effects of wind (private coverage).

• Phases out rate subsidies for certain properties (second home, business, severe repetitive loss or substantially improved/damaged) built before 1975. These properties will be charged full actuarial rates for flood insurance, but the increase will be phased in over four years at 25 percent per year.

• Prohibits subsidies for property not currently insured by NFIP. This includes property that had flood insurance in the past but allowed it to lapse.

• Allows any of its flood insurance premiums to increase by 20 percent annually; the annual cap was 10 percent previously.

• Allows property owners to pay for flood insurance in installments.

• Eliminates rate subsidies on severe repetitive loss – properties that have made repeated claims.

• Strives to improve the accuracy of floodplain maps by creating a technical council of experts, and establishes an independent appeals board for homeowners and communities to resolve flood map disputes with FEMA. If an owner successfully challenges a flood plain map, his or her expenses related to the appeal will be reimbursed.

• Requires a lender to end flood insurance it “force placed” on a homeowner and issue a refund.

• Allows NFIP to refuse policies submitted by a private insurer. NAR says this rule comes in response to a 2010 event in which State Farm dropped a private program and transferred more than 800,000 policies to an NFIP program.

• Creates a team to study an expansion of the flood insurance program to cover other natural disasters beyond flooding. That could lead to disaster insurance that includes other events, such as hurricanes, earthquakes, etc.

Posted by Michelle DeNomme, Your South West Florida Realtor at 1:56 PM No comments: