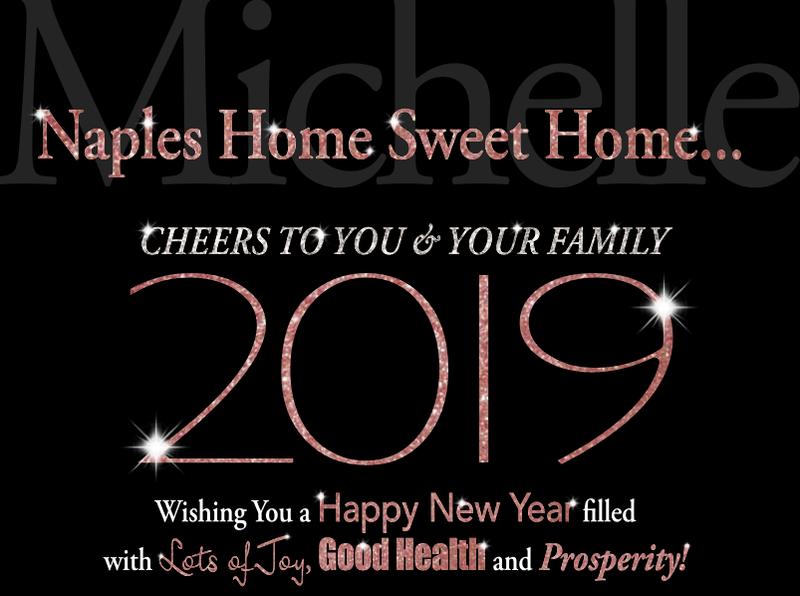 Posted by Michelle DeNomme, Your South West Florida Realtor at 6:05 AM No comments:

Posted by Michelle DeNomme, Your South West Florida Realtor at 3:13 AM No comments:

Let's Talk... Hot Off The Press!
What's the most popular state for homebuyers to migrate to?

A LendingTree study that looks at mortgage applications reveals that Florida, followed by Texas, California, Washington and Arizona, Massachusetts and North Carolina, top the list for homebuyers
The full Story:
https://www.inman.com/2018/12/04/whats-the-most-popular-state-for-homebuyers-to-migrate-to/?

By Lew Sichelman is a seasoned writer with 50 years of covering the housing and mortgage markets under his belt. His biweekly Inman column publishes on Tuesdays.
Most people who move out of state aren’t following Horace Greeley’s advice and going west; instead, they are heading south, where temperatures are warmer and housing is less expensive, according to new research from LendingTree.
The No. 1 destination is Florida. Of the more than 2 million mortgage applications made this year through mid-November and analyzed by LendingTree, 12.4 percent were from out-of-state folks looking to relocate.

Of course, Florida is the bellwether destination for new residents, primarily because of its weather. It’s also a particular hot spot for retirees. And it’s one of six states that don’t have an income tax.
Actually, the Sunshine State has a lot going for it, according to LendingTree Chief Economist Tendayi Kapfidze: “Florida has always been a top retirement state,” he told Inman in a telephone interview; and the lack of a state income tax is “important to people on fixed income who are trying to minimize their expenses.”
The rest of the top five destination states were Texas, California, Washington and, in a three-way tie for fifth, Arizona, Massachusetts and North Carolina. Texans and Washingtonians don’t have to pay a state tax on their incomes. The other states without an income tax are Alaska, Nevada and South Dakota.

Posted by Michelle DeNomme, Your South West Florida Realtor at 4:15 AM No comments: