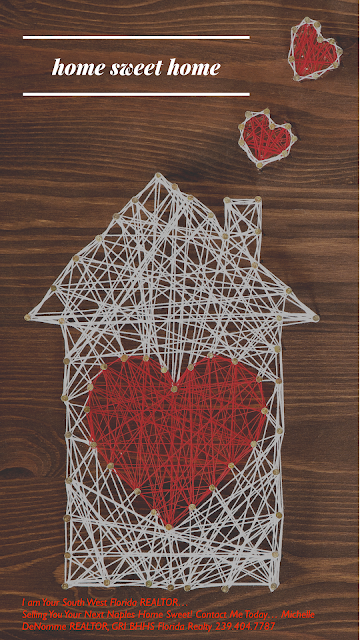 Posted by Michelle DeNomme, Your South West Florida Realtor at 8:57 AM No comments:

Let's Talk Hot Off The Press 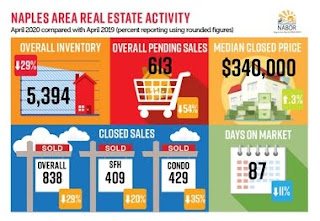 Posted by Michelle DeNomme, Your South West Florida Realtor at 7:35 AM No comments: 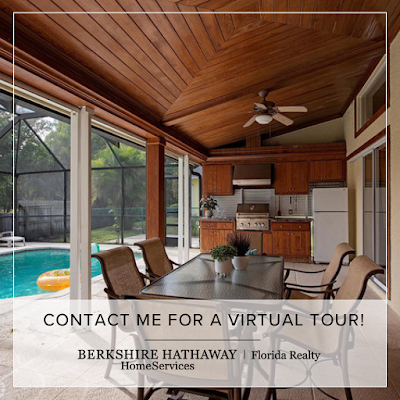 Posted by Michelle DeNomme, Your South West Florida Realtor at 2:39 PM No comments: 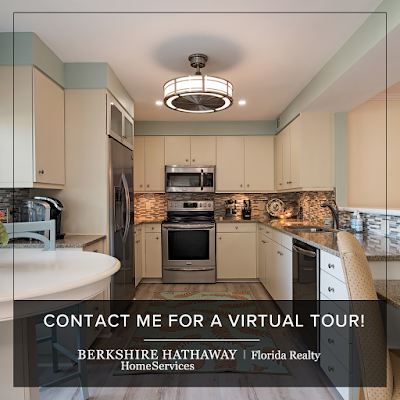 Let's Talk Hot Off The Press City Of Naples
Our Beach Rules:


Naples, FL (May 11, 2020) –
On April 30, 2020, the City of Naples
City Council implemented Phase I of
the beach re-opening. Due to
non-compliance with City regulations,
the City decided to close the
beaches at 12:01am on
Sunday, May 10, 2020, until further notice.
Today, City Council met at an
Emergency meeting and heard from
over a hundred residents and visitors.

Discussion will be revisited at the June 3, 2020 Regular City Council meeting.
Posted by Michelle DeNomme, Your South West Florida Realtor at 9:59 AM No comments:

Let's Talk Hot Off The Press
with Buffini & Company

Exclusive Interview With Dr. Lawrence Yun, NAR Chief Economist
In the current climate, there is a lot of misinformation and uncertainty in the marketplace. In this episode, Brian welcomes back NAR Chief Economist Dr. Lawrence Yun to get an update on the ongoing effects of the Coronavirus on the economy and housing. Informed by the very latest data, this special podcast will give you clarity and perspective on today’s real estate landscape.

The Podcast Every Homeowner Needs to Hear – an Interview with Dr. Lawrence Yun #214

Posted by Michelle DeNomme, Your South West Florida Realtor at 11:10 AM No comments:

By Suzanne De Vita
As COVID-19 progresses, the economic expansion is starting to unravel, bringing down home sales this year, according to new projections released Wednesday.The Fannie Mae Economic and Strategic Research Group forecast 14.7 percent less sales this year, along with 9.3 percent fewer housing starts, as a result of the virus, its economic impact and social turmoil. Based on their projections, existing-home sales should sink to 4.54 million this year, down from 5.34 million in 2019.In addition, the analysts amended their economic estimates, now anticipating GDP gains to reverse, both in the first and second quarters of the year—criteria fitting a recession. However, they also anticipate a considerable rebound in 2021, barring the mitigation of the virus. The forecast is, overall, still tentative."Our baseline forecast of a 3.1 percent contraction in real GDP in 2020 acknowledges the economic downdraft and, considering the unprecedented monetary and fiscal policy responses, suggests a solid-but-incomplete recovery exiting 2020," said Doug Duncan, chief economist at Fannie Mae, in a statement.Prior to the spread in the U.S., the housing market remained solid, with construction ramping up and sales on a tear. Today, the contrast is severe. For the fifth straight week, applications for home purchases shrank, according to the Mortgage Bankers Association, and REALTORS® report buyer demand is slowing, along with listings and showings.According to Lawrence Yun, chief economist for the National Association of REALTORS®, "the homes sales forecast will depend on COVID-19's path and, therefore, a lot of uncertainty remains. Given the massive size of the economic stimulus, a good portion of the lost income will be made up throughout the pandemic period. Mortgage rates will remain at historically low levels throughout the year."However, missing the spring buying season will hurt overall sales," says Yun. "The rebound will occur, but not sufficiently. I anticipate sales to be down around 5 percent- 10 percent in 2020. One certainty is that home prices will be holding fairly steady—we had a housing shortage before the pandemic, and now even fewer listings exist.""In our view, the negative shock will apply to both the home purchase and rental markets," Duncan, of Fannie Mae, said. "On the demand side, early indications are that the purchasing benefit of lower interest rates are being offset by the downturn in employment. On the supply side, the number of listings is falling, as those with homes to offer may either be hesitant to allow strangers to tour their home or worry that the lack of demand is placing downward pressure on the sales price they might otherwise receive.""The purchase market is still expected to rebound, as long as the public health measures to reduce the pandemic's spread are successful and result in a broader recovery," said Joel Kan, of MBA, in a statement this week.On the purchase side, the approximately 15-percent decrease in sales translates to $1.11 trillion in originations, down from $1.28 trillion in 2019, the Fannie Mae researchers say. On the refinance side, because of favorably low interest rates, applications could soar to $1.41 trillion. According to MBA, refinances rose 10 percent this week.On Tuesday, April 21, NAR is releasing its sales update, which covers March transactions.As the coronavirus and its impact on the industry unfold, RISMedia is providing resources and updates. Get the latest.Suzanne De Vita is RISMedia's senior online editor. Email her your real estate news ideas at sdevita@rismedia.com.
Posted by Michelle DeNomme, Your South West Florida Realtor at 5:57 AM No comments: